The Solar Plexus Center at the mental level oversees the work of the lungs, kidneys,
pancreas and prostate glands, and also closely

connected with our entire nervous system. When a person is bathed in positive emotions, boldly looks to the future, then, as a rule, he has no health problems. Confusion in business and relationships, pouring out into incessant emotional stress, causes a whole cascade of ailments: overweight, swelling, problems with blood vessels and heart.

The Solar Plexus generates desires, which in turn create ideas. This Center is the cradle of revolutions and high spirituality, poetry and romance, any other sensual and emotional manifestations inherent in man. The cyclical nature of our experience pushes us to seek pleasure, which very often ends in
pain and disappointment.

The Solar Plexus Center is the most powerful motor in the human body, and at the same time
the youngest of the three existing centers of awareness ( Splenic Center , Ajna Center ). He is responsible for our emotions, which, in fact, are the result of biochemical reactions in the body. The solar plexus has not yet reached the peak of its functionality, but as soon as this happens (presumably in 2027), humanity will move to a new stage of its development, where the Awareness of the Spirit will rule. It will become easier for us to perceive and live our differences, to bypass the conditioned mind and to perceive both ourselves and the world around us with love.

Certainty in the solar plexus provokes the emergence of a wave pattern that
captures the entire emotional spectrum. The emerging desires, feelings, needs require their realization.
The satisfaction achieved is not final, we do not calm down, but we continue to initiate again and again. Therefore, emotional waves are raging, moving from hope to disappointment, from a state of happiness to despair, from joy to pain. The exit from such a closed loop can be the “waiting” state. A pause will allow the wave to subside, and we are clearly aware of what our desire was, a whim or a vital necessity.

The main source of emotional waves is considered to be Channel 59-6 , where the 6 Gates of Friction are in contact with the 59 Gates of Sexuality, which creates a stable need and desire for intimacy.

Depending on the presence of certain specific gates, a person can experience three types of frequencies of emotional waves:

Moreover, all these waves in amplitude pass the entire range from minimum to maximum and back, not succumbing to rational explanation from the point of view of human psychology. From the height of personal experience, I can advise, if you are overtaken by melancholy (emotional minimum), do not look for reasons in the outside world, do not try to artificially raise your mood, just enjoy the moment – silence and lack of desires.

Each Center of Mindfulness generates its own special kind of fear. For the Solar Plexus, it is the nervousness and insecurity that arise when in contact with other people. If you manage to cope with yourself, then your fears will turn into emotional intelligence, but this can be done only by coordinating your actions and feelings with your inner Authority. 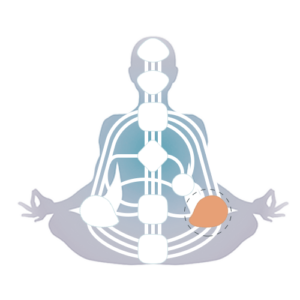 The main commandment for people with a defined Solar Plexus Center is patience, because awareness comes only after a certain time. Spontaneously arising desires and needs should be “infused”, only then their realization will bring satisfaction. The owners of a defined Center with its unlimited reserves of energy, being on the crest of an emotional wave, tend to commit rash actions, get involved in unverified situations and abandon what they have begun when their energy potential is approaching a minimum. Their emotions are impulsive, they are full of strength and ideas, they take up any undertakings, then they walk like sleepy flies.

With a specific Solar Plexus in your Design, you must learn to trust your senses. If an idea that is interesting at first glance causes you persistent rejection, it is better to refrain and once again weigh the pros and cons. I know from myself that when, upon first acquaintance with an outwardly very pleasant person, suddenly there is a feeling of alertness or even disgust, which dissipates after a few minutes, you should not get close. Further communication will certainly show that intuition did not warn in vain. A defined Solar Plexus Center is a source of seductive energy. How are you the magnet attracts people with open centers to you, who greedily absorb the energy of your defined center. When interacting, your mood is transmitted to them, and in an enhanced form. If the defined center is “good” or
“bad”, then the open center next to it will be either “very good” or “very bad”.

Both in personal and in business relationships, people with a certainty of the Solar Plexus
must adhere to a wait-and-see tactic – long courtship, protracted negotiations, all this will help to timely
achieve emotional clarity and understanding, and is this union really needed. 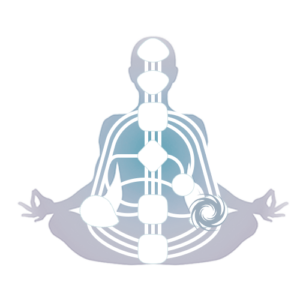 An open Solar Plexus enhances all the emotions around it. People with this configuration are vulnerable to the manifestation of the feelings, moods and desires of their environment. To achieve well-being and tranquility, they must understand that the emotions that fill them for the most part have nothing to do with them, but are borrowed from others. If they stop identifying themselves with them, let them go to all four sides, they will receive great relief. Otherwise, they will still have to ride other people’s emotional waves, make decisions that will subsequently bring only a sense of guilt and regret. Ideally, Open Center owners should simply reflect emotions back to their owners.

It is not sweet for emotionally open children in families with a nervous environment. They take all the outbursts and loud manifestations of negative feelings from their parents at their own expense, considering themselves to be the culprits of the current situation.

Confrontations scare people with vague Solar Grip, so they often preach a policy of non-interference and non-resistance, trying with all their might to avoid high-profile proceedings. It is often very difficult for them to adequately state their truth – desires and needs. Only internal Authority and Strategy will help them develop a true line of behavior and indicate those conflicts that they should not refuse to participate in, no matter how much they would like to sit on the sidelines.

A healthy open Solar Plexus Center allows you to objectively observe the
emotional climate of the surrounding society, with a clear understanding that no matter how close the situation seems to you, it still remains someone else’s problem, which you do not have to worry about.

Such people have no way of filtering the incoming emotional energy. It is
difficult for them to determine when they are dealing with real human needs, and when other people’s whims and wishes are imposed on them.

Conversation of the false Self of the undefined Solar Plexus Center

The false Self always appears through open centers, imposing its vision of the
world on us . Here are a few phrases that are involuntarily exaggerated in the mind of a person when he is under the influence of the false Self of the indefinite Solar Plexus: