Communication occurs through the 38 Fighter’s Gate and 28 the Player’s Gate. The Channel implies that due to the struggle, its owner can find the meaning and purpose of life, and can also find meanings in the very process of the struggle.

28 Gates give a person awareness of the struggle and a clear understanding of its necessity, as well as the presence of a sense of the result that can be achieved in the end. 38 Gates are responsible for preserving the individual integrity of a person and help to understand when the struggle will go for good, and when, on the contrary, it can cause self-destruction. Channel is endowed with Perseverance Design.

The name of the Channel speaks for itself and determines the format of behavior of its owners. A person with a manifested Channel 28-38 is endowed with fighting qualities. It is fundamentally important for such a person to follow his life path, not listening to other people’s advice, and in spite of obstacles. Not everyone around them manages to understand and get used to the fact that a person with the Channel of Struggle will do everything in his own way. It is difficult for him to compromise even in personal, love relationships. Therefore, such an unbending rod sometimes becomes an obstacle to the creation of a union, a family. The owner of the Channel is not ready to build relationships with someone weak, not to match him. And there are not so many strong personalities and really worthy partners on the way, this is the whole difficulty. It is very important for the owner of the Channel to see and accept his partner in time.

But even those strong people have periods of slowdown when they need rest. If a person follows His Strategy and Inner Authority, he is able to accept any of his states, even those that are less characteristic of him. The state of perpetual race and struggle during the period of temporary rest breaks is replaced by a philosophical approach to life and, as a rule, does not last long.

As soon as a person with the Channel of Struggle replenishes his strength and resources, he again goes into a more familiar state of combat readiness.

Channel owners are able to motivate and strengthen other people by their example.

A certain Splenic Center allows people who have an airy Channel of Struggle to feed on their own energy, and intuition helps to feel the future troubles in advance. Moreover, such sensations arise at the bodily level. Trust your intuition, it will definitely lead you on the right path.

The most important thing for the owners of the Channel of Struggle is the goal for which they have to fight. Thanks to the gut, it usually turns out to be right immediately.

If the owner of the Channel runs counter to his natural qualities of struggle and achievement, and begins to accept other people’s positions, agree with someone’s opinion, then the negative result will not be long in coming. The body never deceives, and if a person does not act in accordance with his Design, psychosomatics is included in the work and health fails.

Quite often, the owners of the Channel fall into adrenaline dependence on their achievements, accomplishments and drive received in the process, which is why they try to experience more and more new sensations. In the state of the False Self, life without thrills takes on a negative connotation. The worst thing with such a pursuit of adrenaline is not to cross the acceptable line. Otherwise, negative consequences are too likely. 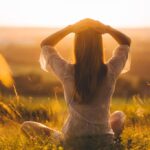 Aura structure for each Type 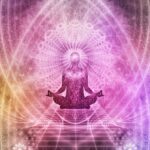 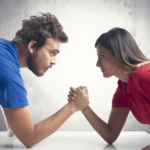 How to choose partner by Human Design 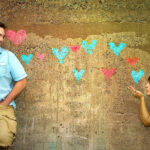