There is one thing in the nature of Generators that often confuses them. We are talking about the so-called Generator getting stuck energy, when the initial enthusiasm for something evaporates, giving way to apathy and unwillingness to act. For this reason, Generators, as well as Manifesting Generators (hereinafter MG), tend to try something, and then very quickly get frustrated and abandoned. Whether it’s work, relationships, hobbies, or any other endeavor.

There are several reasons why a jam occurs. But before we start talking about them, I would like to clarify. There is nothing wrong with being stuck in itself. It’s just a signal – just as pain is an indicator that your body is being negatively affected. Therefore, by understanding the cause of the stuck, you can use this feeling to adjust your route in life.

Despite the fact that Generators and MGs perceive stuck in a negative way, in fact, it can be used very effectively. Sometimes we have no idea what we really want to do (especially with the open Ajna or Crown Centers). Generators and MGs have a Response with which they move through life. But, even having received the very first positive response, there is no guarantee that the opinion will not change later. You delve into the subject of interest, get to know it better … And in the end you can come to the conclusion that it is not interesting to you.

Many people, even in spite of the lost desire, would continue to do their chosen business through force. At such moments, Generators and MGs get stuck when the energy ceases to be generated on the same scale as from the very beginning. And this time should be used in order to “update” your Response, once again turning to your Sacred Center. If you, according to the Response, still want to continue your business, then it was natural to get stuck. If the new Response was negative, then it’s time for you to abandon your occupation and look for yourself in something new. But MGs, due to the presence of the Manifestor side, are much less likely to get stuck. The most important thing for them is the very first Response.

To generate your Response, you should talk to someone you can trust. Trust in the case of Generators and MGs is very important, since it is an involuntary response that is needed, and it is possible to relax your Mind only in the company of close people. Someone speaks with family, someone with friends, still others even turn to psychologists. But, even if after receiving the Response you still have doubts, then try to discuss the controversial point with different people. Perhaps it is in the process of communicating with someone else that you will be able to understand your true desires.

And then, having received a new Response, you will be able to clarify for yourself the motives for the emergence of a feeling of inner frustration and use it to move to a new level of productivity. Frustration does not always mean that you are not interested in the chosen business. Sometimes it appears only so that you can “double-check” the chosen direction when the slightest doubt appears. And by making sure you are on the right path for yourself, you can begin to fully use your creative energy, gaining a sense of satisfaction from your work. 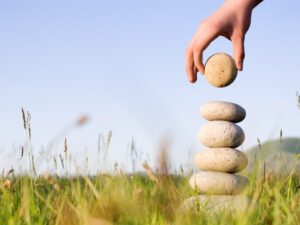 Stuck energy is the body’s response to being forced into activities that a person is not interested in. Neither Generators nor MGs can do what they don’t like. Representatives of these two Types from the very beginning of acquaintance with something can determine whether they will get pleasure or not. If they force themselves to continue something through force, then in any case they will not be able to show their maximum.

The Generator, like the MG, is Type which should be guided by its Response. Then follow the Inner Authority and do what this higher authority responds to – this is the principle of correct living of your Design. The response gave an impulse, said “yes”, then we try. The response said: “no,” so you shouldn’t even get involved. But desire is not always the same as skill. Sometimes, even if MG and Generators want to try something, they may not succeed in the first stages. And there is no doubt that to get real pleasure from something, it will take some effort.

The musician must fully master his instrument, otherwise he will not be able to play fully. A writer must be well-read and be able to write, and skill is impossible without regular practice. Likewise, an athlete must train his body so that the muscles “remember” how and what to do. Therefore, first of all, you need to know the subject of your interest as best as possible, and only then think about the results. And on the way of learning, there will necessarily be stages of getting stuck and the desire to retreat with them.

You can say that your learning will go in leaps and bounds, as if you are climbing a ladder. You study, practice, train, and so on until you conquer the higher peak. But you will not immediately continue moving on – it will take some more time for practice before the ascent continues and you can conquer a new frontier. This is a natural stuck that occurs periodically with every Generator and MG.

Here you need to make a small remark. For Generators and MGs, the most important feeling in life is satisfaction from their work. If representatives of these Types do something and do not get satisfaction from it, then they will not be able to effectively continue doing the same for a short time. And of course, at the stage of training, few people can get real satisfaction from their activities. When the results are small or inexpressive, more than once or twice there will be a desire to abandon their occupation. And you need to understand that results = effort * time. Therefore, do not rush to give up something just because there are no significant achievements.

Another thing is when getting stuck occurs in response to the fact that you did not act from Response. That is, forced yourself to do what you don’t want. Neither coercion nor diligence will help here. If you push the donkey where he does not want to go, he will bicker and refuse to leave. It’s the same with your energy. You cannot control it, but you can direct it in the right direction. And the right direction for you is only where the interest lies. There is no other way.

So, summing up the article, let’s recall the most important points.

At first , getting stuck isn’t bad. If it happened, then you need to use your Response again to make sure that the chosen case is still interesting to you.

Secondly , there are periods of natural stuckness when it will take more time or effort to get things done than before.

Thirdly , Generators and MGs can’t do anything they don’t like. This is wrong, purely physically, as the energy is “clogged”. So keep an eye on the sticking effect to determine what works for you and what doesn’t.