Aura structure for each Type

Aura is a kind of electromagnetic field that surrounds every person. What is aura structure? It has no physical form in usual sense. This is the pure energy that our vehicle-body generates. When we come into contact with another person, we do not just exchange information through non-verbal communication – we interact at the auric level. It is important to understand that auras are unstable. They literally “breathe” with us, vibrating at a certain frequency. If the frequencies of two people come into resonance, then a full-fledged union is possible, in which both participants will feel correct.

Depending on the type inherent in a person, the nature of his aura also differs. And the word “character” in this context is not an exaggeration. Some are distinguished by their “illegibility” and absorb everything that is in direct access. Others, on the contrary, are closed, and do not allow anything outsider to come too close. Still others are focused on one thing, and the fourth duplicate and reflect all other people’s frequencies.

As part of this article, I want to tell you about the features of the aura of each Type. This is the most basic level of knowledge of Human Design, without which further study of the topic is simply impossible. Having learned better about the nature of your own and other people’s auras, you will be able to learn the correct model of behavior with different people, and you will begin to be less surprised at other people’s “oddities”. I hope that this will serve as a solid foundation for you to explore your own uniqueness.

Manifestor’s aura can be compared to a dense cocoon that reliably protects its owner. She is the only one among all Types that possesses a repulsive, not an attractive property. Being in the field of action of the Manifestor Aura, other people will reflexively “shrink”, as if invisible pressure is exerted on them. This is why it is so difficult to deal with Manifestors. 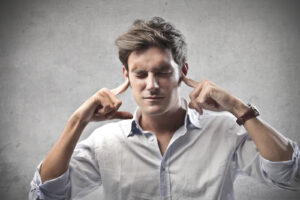 Manifestors are characterized by the fact that they are always on their minds. It is the most independent and self-sufficient of all the Types, solving problems alone. On the one hand, this is the choice of the Manifesto himself – to be his own master. But on the other hand, the nature of his repulsive aura plays a role here. It is very difficult for other people, even with all their might, to establish trusting contact with the Manifesto, let alone create a truly intimate relationship.

For the same reason, the Manifestors are practically not affected by conditioning from other people – the aura, like a shell, does not allow anything outsider to enter the area of ​​personal space. One look at the Manifestors shows that they are not particularly interested in the opinions of other people, and this serves as sufficient reason to keep outsiders at a distance.

When the Manifestor observes his Strategy – informs before the action, he thereby, as it were, compensates for the repulsive property of his aura. This allows him to interact correctly with other people, minimizing their instinctive feeling that they are being pressured. Read more about Manifestors here .

Generators and Manifesting Generators (hereinafter MG), on the other hand, have a very “friendly” and “welcoming” aura. It attracts to itself everything that is only in the direct access zone. For the same reason, these two Types are most susceptible to conditioning. They are too sensitive to everything that only appears next to them. Each person leaves an “imprint” on the Generator and MG, bringing something of his own into it and often because of this creates confusion within the Generator nature in his perception of the world and himself.

If the Manifestoor’s aura can be compared to a cocoon, then the Generator’s aura is like a sponge. She “pulls in” everything indiscriminately, thereby overflowing with someone else’s influence. Therefore, it is so important for Generators and MGs to master their Strategy – Response. This is a kind of “natural filter” that helps to filter out the wrong influence and consciously choose only what is right. Read more about the Generator here. About the Manifesting Generator here .

The Projector Aura is very focused and highly focused. In the case of the Manifesto, the Generator and the MG, the aura flows in all directions at once without a specific direction. But the Projector is a completely different story. Its aura can be likened to a beam of light emitted from a flashlight. She catches one specific object or person, fully focusing on it. 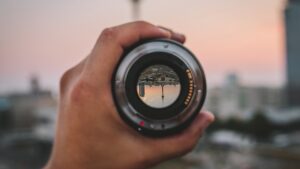 The aura of the Projector literally penetrates the auras of other Types. But there are two important points. First, the Projector must adhere to its Strategy – wait for an invitation from another person. Otherwise, uninvited intervention in a person’s personal space will cause reflex rejection. Second, the Projector can only correctly contact one human object at a time. Otherwise, his aura “dissipates” and the nature of the interaction will be very superficial. Read more about the Projector here .

The reflector has a very flexible aura. It is constantly changing and transforming, but it never directly interacts with other auras – it just “tastes” them, becoming like them. Reflectors are the real chameleons among people. They unconsciously mimic the person with whom they come into contact. Today they are alone, tomorrow they are completely different, and the day after tomorrow they change again. Their habits, their opinions, their behavior – it all depends on who will be in their environment at any given time.

Interestingly, because of their constantly pulsating and changing aura, it is very difficult for the Reflectors to be given the process of self-knowledge. Indeed, how can you know yourself when your opinion and thoughts are changing hourly? Therefore, it is very important for Reflectors not only to apply, but to feel their Strategy – waiting for the end of the lunar cycle. This is a kind of key that helps this Type to come to a full understanding of their true “I”. Read more about Reflectors here .

I hope this article was of interest to you. If you want to go deeper into the knowledge of Types, then I did a more complete analysis in special instruction books dedicated to each Type. There I analyzed in great detail the Strategies and other aspects of the life of the Types, with life examples and stories.