A person with open Ego, on the other hand, suffers from impermanence of willpower, weak self-esteem and an inability to keep his promises (especially for himself). But no matter what state this Center is in, the theme of the False Self in it is always the same – the need to get someone else’s recognition. And you will be surprised how far a person can sometimes go, trying to achieve this goal imposed by the False Self.

Looking at the Bodygraph, Ego Center is the smallest of all. But despite its size, it is he who is at the heart of the most significant global problem – the False Self. Ra Uru Hu himself said that if it were necessary to show one place where the False “I” of the whole world is contained, then he would point exactly to the Center of the Ego. Why is that? There is a very interesting thing here. About two-thirds of humanity – Generators, the theme of the False Self of which is frustration or a feeling of dissatisfaction, can be called whatever you like.

At the same time, about two-thirds of humanity lives with an undefined ego. If you look at the bare statistics, then we can say that about 2/3 of the world’s population live with low self-esteem, trying to prove to everyone around their importance.

Ego Center is primarily a motor. That is, the driving force that encourages us to do something. The same Ajna Center is not a motor. It is simply the Center of Mindfulness (Ajna), which is responsible for the way information is processed. Ego Center is quite another matter. His energy is very influential and can make anyone go to great lengths to achieve their goal. If the Center is defined and a person lives his life correctly, then he can be fueled by the energy of the Ego, using it to achieve his desires.

When this Center is not defined, then a person has the potential to live a free life in which nothing will need to be proved to anyone. But much more often the False “I” seizes the reins of government over a person, forcing him to seek encouragement and that there is the strength to prove himself and his worth.

As it usually happens: people walk around and constantly torment themselves with the thought that they are unworthy of something. Not necessarily something specific.

“I’m not good enough for this.”

“Anyone else would have done better in my place.”

– “This is definitely not for me!”

And everything is in the same spirit. There are millions of variations of these phrases, in one form or another, in one context or another. Substitute any task or goal for them, and any of these phrases will look in their place. This is how many, very many people with open Ego Center who live under the rule of the False Self live their lives.

The problem is much larger than just the weak self-esteem of more than 2/3 of humanity. This is only the cause, the effect is much worse. A huge part of the population lives in such a way that they are ready to do anything to prove their worth. They go to work for a pittance, because they do not value themselves and their work, and are not able to demand better treatment of themselves. They live in unsatisfactory relationships because they believe that they are not worthy of the best. They are ready to live on credit, just to buy status things in an attempt to prove to the whole world that they are no worse than others. They talk about willpower, not possessing it at all, but trying to prove to someone its presence. This is what life under the False Self leads to, especially with regard to cases of undefined ego. 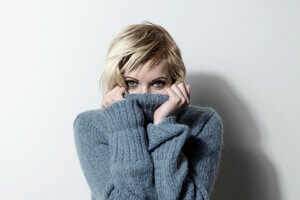 The desire to prove one’s worth can take on truly terrifying forms. Someone commits suicide in a desperate attempt to attract attention to themselves. Many religious fanatics also fall into this category – the same radical Islamists who by all means “prove” their faith. There is a similar practice at the household level. For example, unlucky parents, literally begging for the attention of their children, appealing to how much they have done for them.

But it is not so difficult to determine the work of the False Self in open Center of the Ego. It always causes a feeling of internal pressure, which forces you to do something or, on the contrary, not to do it. For instance:

– “If I refuse someone’s request, then I will be considered a bad person. So I will agree. “

– “If they tell me that I have to (a) do it because I am a man (woman), then I will, otherwise I will be considered a bad person. So I will make a promise to do it. ”

“If I ask for a raise in my salary, they may consider me an arrogant person, and they will treat me worse. Therefore, I will not ask for anything. “

In their hearts, they would like to live independently, but the False “I” never leaves alone. The mind always generates thoughts that if a person refuses something or demands something, then he will be treated worse. Accordingly, his assessment in other people’s eyes will drop even lower, which will lead to even greater disappointment. Therefore, they agree to any humiliation, just not to give others a reason to think badly of themselves.

In fact, those who do not have defined Ego Center are able to live very free lives. They don’t need to prove anything to anyone – they can afford to do whatever they want. But to achieve this, you need to learn to resist the False Self. And the only sure way to achieve this is to live in accordance with your Strategy and Authority, correctly following your route.