What do you think is the source of thoughts? Some think that the brain generates thoughts by passing electrical current between synapses. Others believe that the brain is nothing more than a receiver, and thoughts come from somewhere outside. And still others say that thoughts are nothing more than illusions, exactly the same as the rest of the world that seems to us. After all, it is known that the way we perceive the surrounding reality directly depends on our five, let’s say, basic senses. Sight, hearing, touch, smell, taste. Therefore, thoughts, in this case, are nothing more than another kind of “feeling” – a way of perceiving the world.

But be that as it may, Human Design has its own opinion on this issue. Here everything depends primarily on Crown Center. For those people who have this Center defined (and they, for a moment, are only 30%), the source of thoughts lies within themselves. Of course, it is not known where exactly they appear, but one thing is clear – these 30% of people create their own thoughts and the way they think is deeply individual.

Defined Crown Center is, first of all, a constant source of pressure. It forces you to plunge into thought processes again and again, constantly creating questions in your head “What”, “Why” and “Why”. But here’s the problem – there are questions, there are reflections, but it’s not always possible to come to a final answer. Although, it is even better to say that it is extremely rare to find an answer, because thinking is an endless process. Thoughts intersperse with each other, create something new, constantly flow from one to another. This can be compared to being asked to find the beginning or end of a body of water. More precisely, the water contained in it. It is clear that this is an impossible task, because water has neither beginning nor end, and at the same time everything in it is both a beginning and an end. It’s the same with thoughts.

Such pressure to constantly “think” can cause insecurity in yourself and the world around you, a feeling of indecision. It’s hard to be sure of something when you can’t come to a definitive answer, to some fundamental truth on which to build the foundation of your thinking. Any idea can be refuted, any thought questioned and, after some time of “thinking”, completely rejected, because, objectively, it does not correspond to reality.

To take a simple example, the idea that animals should not be harmed. On the one hand, when we talk about animals, who do we mean? Cats, dogs and other so-called “household” pets. On the other hand, there are many animals, and man is a carnivorous creature, and for survival alone we have to kill millions of cows and chickens daily for food. On the third hand, animals can include both insects, which we are mercilessly ready to exterminate, and those who are potentially dangerous to humans. Where is the line to be drawn in this case? And is it fair to disown some creatures in favor of others, simply because they are more visually pleasing to us?

But on the other hand, it is precisely this pressure to think that is the main source of inspiration for humanity as a whole. Thoughts can also be compared to paints – by mixing them together, we eventually get new colors and shades. And so, constantly thinking about something and reflecting, people create something fundamentally new. Fortunately, there are a great many spheres for this, and every day it becomes more and more. And even the most seemingly detached thoughts can lead to a surprising discovery in a completely unpredictable manner.

Mankind was able to build airplanes simply by observing birds and learning their majestic manner of flying. Newton discovered the law of universal gravitation simply by getting hit on the head by an apple, and there are thousands of similar examples. Intertwining engineering and biology, modern scientists create prostheses that will help millions of people in the future. Thoughts are the basis of progress and development in general. It is thanks to constant thinking that a person develops more and more, while other living beings are forever “locked” within the limits of their instinctive behavior.

Feature of certainty of Crown Center

Those people who have defined Crown Center always have some “special”, unique topics for reflection only for them. As a rule, such people are considered to be “dreamers” to some extent, since they devote a lot of time and mental energy to thinking about their special topics. And, thanks to such diligence in their thoughts, they become real professionals in the field of thinking on topics that are interesting to them. This can affect completely different industries – from mathematics and exact sciences, to music (or its specific direction) and animal care. That is, people with Crown Center have specific things that are interesting to them, and they are very deeply immersed in them. 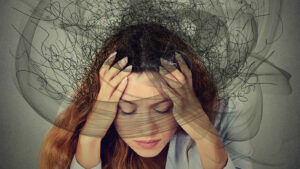 Interestingly, inspiration for such people very rarely comes from outside. Although, it would be even more correct to say that all their inspiration arises from within – external factors only “strengthen” and complement what is already inside them. They constantly think about something, reflect, and new ideas spontaneously arise in their heads. People with defined Crown Center are real creators in terms of thoughts, they constantly produce something new and use it not only for themselves, but also by their example inspiring people around them. After all, as you know, all truly creative and creative people always attract attention. Not so much by their appearance or actions, but by the way of thinking in itself.

But it is very important to understand that for such people, thinking is an obligatory process and they do not need to interfere with it. Their task is to go with the flow of their thoughts, and not try to stop it by building dams. After all, sooner or later, this dam will break and they will be “drowned” by their own stream of thoughts, breaking out of control. Therefore, it is much better to always think, so to speak “little by little”, than to allow yourself to be covered with thoughts in one moment.

On the other side of the barricade are people endowed by nature with open Crown Center. They are easily conditioned by other people’s thoughts and ideas, not at all distinguishing between their own thoughts and what they are inspired from outside. And, unfortunately, such people are very easy to manipulate. This is especially often used by marketers – in their advertising they impose desires, goals and aspirations that, in fact, most people do not need. But very few in our time bother to go deep into themselves and find out what they really want and what their thoughts are striving for.

It is interesting that the way of thinking of people with an indefinite Crown Center is very unstable. Now they can be imbued with some thoughts (as a result of having talked with a certain person), and after a few minutes they can switch to something completely different (having talked with another). They do not have any stability, some, in the literal sense of certainty. Their thoughts are like a paper boat, which the wind throws first in one direction, then in the other. And therefore, constantly thinking first about one thing, then about another, people with an indefinite crown can very easily fall into stress, anxiety and depression, because they do not understand at all who they really are. After all, most of us are used to associating ourselves with our thoughts and goals, and when they change from day to day, it is very difficult to build the foundation of what we call “personality”.

And if people with Crown Center are predisposed to constantly thinking and reflecting (since this is their main source of inspiration), then for people with an open crown, this does more harm than good. They are like those from whom they collect their thoughts, forgetting about themselves, absorbing someone else’s influence. And, as a result, they are completely lost in the flow of life, constantly finding themselves busy with what they are actually completely uninterested in. People with open Crown Center, like no one else, need to learn that they are not their thoughts and learn to isolate themselves from someone else’s influence.