To be a puppet in the hands of a puppeteer or to choose your own actions? Recognize a manipulator and cut off points of contact, or succumb to flattery and pressure?

Each Type has its own pain points that are called Type Vulnerabilities. Let’s check how much you know about your own people, and also you will learn about how society can manipulate you with their help. Use this information for the benefit of yourself and others.

Manifestation of vulnerability. The constant need to realize their own potential against the background of constant openness to society, its pressure and limited opportunities to express their position on their own initiative.

Such a Generator can be manipulated by immersing it in a situation / environment in which the possibilities for realizing its potential directly depend on its humility and diligence.

The generator, living a life from the “False Self”, will succumb to manipulations convincing him that he allegedly misses his opportunities, unlike other people and does not realize his potential. 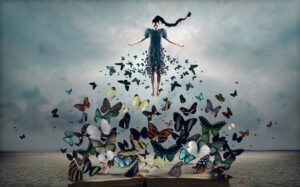 False Self. Impatience and vanity, unpredictability in initiatives, incorrect prioritization.

Manifestation of vulnerability. An irrepressible need for self-realization and blind faith in external Authority (concepts of society), the true essence of which a person may not realize until he is convinced of the opposite. A person can be manipulated by creating requests (energy messages) and situations that artificially coincide with the interests and aspirations of a person for self-realization.

An external Authority exerts a strong influence on a person, the strength and capabilities of which are carefully “embellished” and it is problematic to verify the true essence of which. Communication with a person in the presence of other, potentially “Authoritative” people for him, enhances the effect of manipulation.

It is possible to weaken the Manifesting Generator by deliberate / total limitation of his initiatives and aspirations, for example, by providing incriminating evidence that exposes his current external Authority. 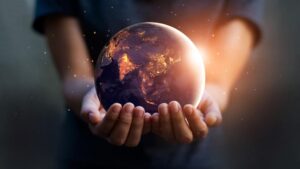 Manifestation of vulnerability. The constant need for recognition of one’s merits and ideas, fear of being punished, fear of falling under strict control from others.

The Manifesto can be manipulated with the help of boundless flattery or blackmail (if there is real compromising evidence about a person’s misconduct). The manifesto reacts painfully to public criticism of his actions, decisions and negative assessment of his merits or talents (fear of “public shame”).

The power of the Manifesto can be demotivated by creating conditions under which total control is established over him and his ability to resist this control is limited. 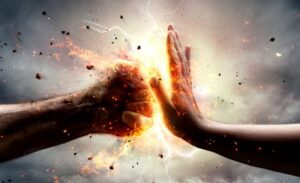 False Self. Imposing your point of view, incorrect manifestation of the desire to be noticed, dependence on someone else’s opinion, a tendency to tell a lie, a feeling of bitterness and anger.

Manifestation of vulnerability. The constant need of a person to agree with him and take into account his point of view. Painful but passive response to harsh and destructive criticism, especially when justified.

The need to get noticed. The Projector can be manipulated by embellishing the future perspectives and the level of acceptance that will open before him if he agrees to cooperate with the manipulator, as well as flattery in terms of agreeing with the Projector’s point of view and supporting his position.

The frequent frequency of “sessions” held in private and by personal invitation enhances the effect of manipulation.

The Projector can be repulsed or demotivated by artificially exaggerating the consequences of his mistake or by “inflating” the degree of his guilt. Unconcealed negative (harsh criticism) addressed to him, based on criticism of the features of his character or incriminating the Projector in deceiving others, can also de-energize the Projector.

False Self. Disappointment, despondency, constant lack of time, feeling of confusion and prostration when it is necessary to make important decisions, avoiding responsibility.

Manifestation of vulnerability. The reflector falls into a stressful state with a massive and / or chaotic flow of requests from society to its address and is subject to the comprehensive influence of external Authorities, because he has absolutely no inner Authorities on which he can rely.

It is possible to manipulate such a Reflector by artificially creating for it any external Authorities to which a person subconsciously strives or in relation to which he has a weakness.

If the Reflector is influenced by a “professional manipulator” who does not feel remorse and does it “sincerely” and carefully, then the effect of the manipulation increases.

You can tensely strain the Reflector by creating conditions for him that require the inevitable adoption of serious and responsible decisions in a short time, or by creating other situations that impose great responsibility on a person.

Remember how throughout your life you fell under the manipulation of society because of your vulnerabilities. What is happening now? Would you like to let go of the “False Self” hooks from your life more, leaving in it the priorities of harmony and trust? Then you need to study your Rave Map deeper and experiment with the Strategy and Authority of your Type.