Today we will talk about how relationships can develop between different Types. Belonging to one Type or another leaves a serious imprint on our behavior and perception of the world. It also defines our Strategy for making vital decisions.

If people in a relationship are of different Types, they may have difficulties and disagreements. However, at the same time, this information allows us to build certain predictions about how the relationship between lovers will develop. But even if fate brought together people belonging to the same Type, this does not mean that their relationship will be problem-free and there will be no conflicts between them.

Manifestor can be surely called the most complex Type in Human Design. These people behave as they see fit. At the same time, they are not interested in the opinion of others. In addition, this Type is the only one capable of independently initiating its own life. And if two Manifestors are in a relationship, it would seem that they should perfectly understand each other. In reality, however, it happens differently.

In this article, we will analyze the main difficulties that can arise in the relationship between two Manifestors. And also let’s talk about how you can minimize conflicts in such a relationship.

Two Manifestors: what difficulties may arise?

So, the Manifestor is a strong and strong-willed person who is used to doing as he sees fit, ignoring the opinions of others. And if two such personalities are in a relationship with each other, there is a chance that at some point each of them will decide to go their own way. Why? Because after several years of relationship, they may simply not have anything in common, because each of them is used to acting in his own way, while ignoring the opinion of his partner.

Let’s imagine the situation. Husband and wife, both Manifestors, live under one roof, each does his own thing, independently makes volitional decisions and everything seems to be fine. The husband dreams of moving to another country and starting to build a career there. The wife knows nothing about this. In turn, she does not plan to leave her native country, since she is determined to go into politics. At some point, the husband may be invited to work in an offshore company and he will not hesitate to accept this invitation. And he will not even think to consult with his wife about this. In this situation, it is likely that at some point a woman can find her lover calmly collecting things or looking through advertisements for renting housing in another country. Of course, this can cause extremely negative emotions on her part. Most likely, the sudden news will cause her to end the relationship … 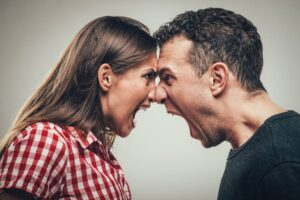 How do you like this situation? Sad, isn’t it? But let’s think: could the catastrophe have been avoided? Without a doubt, yes. If each of the partners adhered to their own Strategy, the conflict would not be so serious. The Manifesto strategy is very simple in theory. In order to live in harmony and agreement with oneself and with others, the Manifestor only needs to inform his loved ones about his plans. However, the problem is that this Strategy is not so easy to use. The manifesto is not used to letting anyone know what he is about to do. He just doesn’t see the point in it. It is for this reason that serious conflicts can often arise between two Manifestors, because for them to inform loved ones about their plans is something senseless and, moreover, humiliating.

However, even if both partners follow their Strategy, this will still not be the key to success. Two Manifestors need to be prepared in advance for the fact that their paths in life will seriously diverge in many ways. And in fact, there is nothing wrong with this fact. After all, if each of the partners is closed and self-sufficient, there is absolutely no need for him to adapt to anyone and remake his life so that others are comfortable. And if the Manifestors treat such a situation with understanding, they will have a chance to build quite a harmonious relationship for themselves. Even if their pair is not like the ideal that books and romantic films impose on us. 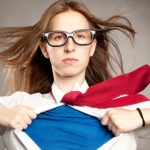