What is Incarnation Cross? In short, this is our main life purpose. However, very often those who begin to study their Design, reach the Incarnation Cross only at the last moment. And in fact, it makes sense.

The fact is that it is impossible to feel our destiny – that for which we came into this world, without attuning to our nature. To begin to carry your Incarnation Cross with dignity, you need to surrender your own life and trust the Magnetic Monopole, which is responsible for the directions that we follow in life. To begin correctly, completely and without reservations to live our certainty, as well as to minimize the influence of the False Self in those areas in which we are vulnerable and subject to external influences and to open up to the boundless wisdom of life, which comes to us, including through open Centers and undefined Channels …

Only then will we have a chance to live our Incarnation Cross. Since his living is possible only when we take the position of an observer in relation to our own life and understand that most of the things that happen to us do not depend on us in any way. When we can see where our life is leading us, and not try to decide what it should be, in terms of the attitudes that our own Mind imposes on us. There is even such an unspoken recommendation in Human Design: do not try to realize the essence of your Incarnation Cross until at least 3-5 years have passed since the beginning of the experiment (living your nature). In other words, until we are in tune with our nature, information about the Incarnation Cross is likely to be perceived by us from the Mind. And any attempt to live, even an insignificant part of one’s nature, from the Mind, as a rule, turns into failure and leads to disappointment.

From a mechanical point of view, the Incarnation Cross is determined by the hexagrams manifested through the Sun and the Earth in Personality and in Design. The hexagram of the Sun of Personality is of key importance. All hexagrams are placed on a large wheel, divided into four large quadrants or Quarters (initiation, civilization, duality and mutation).

There are 768 basic incarnation crosses, 448 of which are right-angled, 256 are left-angled, and 64 are in the jacsta position. Each incarnation cross has many features and nuances. There are 69,120 variations depending on the specific gate, line, color, tone and more.

The right-angled Incarnation Cross says that its owner is responsible for his own destiny. All his actions and deeds, as well as the events that happen in his life, are determined not by the Higher powers and not by providence, but by his own karma, which he himself creates for himself.

People with a left-angled Incarnation Cross come into this world with a predetermined karma. Their distinctive feature lies in the fact that they are more focused on others than on themselves, easily find a common language with others and bring unique knowledge and skills to society.

Finally, the Incarnation Crosses in the jaksta position indicate that their owners have a predetermined destiny and they have a very specific path that they must follow. If they deviate from the prearranged path, strange things will happen in their lives.

In a word, before you feel your incarnation cross and begin to realize your highest destiny, the first thing you must do is surrender to the mechanics of your Design and let the Magnetic Monopole – your personal driver – guide you through life. Allow yourself, through Strategy and Authority, to embark on your own trajectory and not turn anywhere else. And then your incarnation cross will open. And he will do it in an absolutely unique way. Only you know (or rather feel) how to live your incarnation cross. But if you do not know how to speak the language of your subconscious, you will never be able to understand it. And no textbook will help you here. 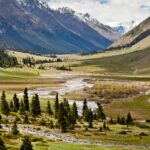 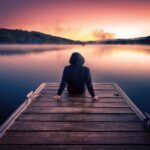