How stop to consider yourself smarter than others

It often happens that it seems to us that other people understand little about life. It seems to us that their interests are worthless, and the theories they give out are ripped from low-quality textbooks on self-development, that they are asking questions that are really not worth asking. We think they are incapable of making logical connections between things or making productive predictions for the future. What is there to hide, almost every one of us at least once in our life had such thoughts. If they come only occasionally, there is nothing to worry about. But if they are constantly spinning in our head, we gradually begin to believe that other people are much more stupid than we are. In turn, this can give rise to a lot of conflicts and disagreements.

So how do you stop consider yourself smarter than others? And most importantly: is it possible in principle to do this? In this article, I propose to consider this issue from the point of view of Human Design. This is a system of modern times, thanks to which tens of thousands of people have learned to treat themselves in a completely different way and have changed their lives for the better. Maybe your turn has come? In short, Human Design is about accepting and unleashing the potential that nature itself implies in us. Do not try to jump over your head, but also do not devalue your innate abilities and talents.

If a person lives his nature correctly and does not go against his own will, he automatically loses the desire to compare himself with others. This means that he also has no reason to consider himself better than those around him. How exactly does this happen? Let’s figure it out.

Crown Center: what it is and how it manifests itself in life

So, according to the Human Design system, each of us from birth has a so-called Bodygraph (a map of our talents and vulnerabilities), which includes nine energy Centers. At the very top (in the region of the crown of the head) is Crown Center. It is he who is responsible for our intellectual interests, inspiration and pressure to constantly ask questions. And it is he who sometimes makes us consider ourselves better (smarter) than others. 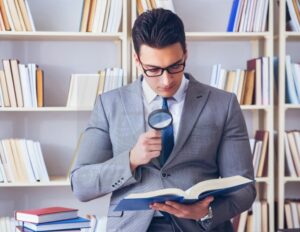 Technically, Crown Center may be defined or not defined. If you are not yet familiar with your Bodygraph and do not know if your Crown Center is defined, follow the link and get your chart.

If your Crown Center is defined, then you will definitely find a lot of useful information for yourself in this article. And if not defined, too!

In people with an indefinite Crown Center, interest is unstable. Today they can be carried away by the mystical structure of the Universe, and tomorrow they can switch to the history of wars and revolutions. Their interest practically knows no bounds. Every day they can discover something new for themselves.

But for people with defined Crown Center, interest and intellectual inspiration are almost always fixed. They do not scatter their mental energy left and right, but on the contrary, direct it in a completely specific channel and sometimes achieve the highest degree of professionalism and skill in it. How exactly is this interest expressed? Depends on which Channel they have activated:

Imagine the situation. All your life you have been interested in the mysteries of the Universe (Channel 24-61). And there are a lot of people around you who categorically do not share your interests. Because they tend to be more interested in, say, the logical relationship between things or historical issues. And sometimes it seems to you that all these people are interested in some kind of nonsense. And only you know what you really need to be interested in.

Alas, despite the fact that defined Crown Center endows its bearer with a fixed mental inspiration, thoughtfulness, persuasiveness and the ability to inspire, this medal also has a downside. The carriers of defined Crown Center often find themselves too fixated on their own interests and, as a result, may begin to devalue the interests of other people. And it is for this reason that they often consider themselves better than others.

Another important point: if you have defined Crown Center, then you must have also defined Ajna Center, which is located just below (in the area of ​​the interocular space) and is responsible for the ability to conceptualize the information entering the brain and build your own theories. This means that sometimes you may have an irrepressible desire to argue with others, to prove to them that you are right. While they may not be inclined to agree with you. Such situations can inevitably lead to conflicts, including with loved ones.

So what can you do about it?

How stop to consider yourself better than others. Five simple steps for every day

For carriers of certain Crown Centers, there are several universal guidelines that will help them become more lenient with the interests of other people and slightly expand their usual views.

Try to ask for the opinions of others.

It just so happened that on most issues you have your own clear fixed opinion, which, as a rule, remains unchanged. But this does not mean that other people’s opinions should not differ from yours. Accept the fact that each of us has individual processes going on in our heads that are extremely difficult to control. Listen carefully to other people: with respect and interest. And be sure to ask their opinion on certain issues.

Don’t get into arguments.

Stop trying to prove to others that you know better. Think about the fact that even if you manage to convince someone that you are right, you will gain absolutely nothing from it.

If you find that the other person’s opinion doesn’t resonate with you at all, don’t take it as an attempt to offend you. If you cannot agree with someone and come to an agreement, this does not mean that the person hates you. It’s just that your opinions on most of the issues differ greatly. That’s all.

If people around you do not ask what you think on a particular issue, do not impose on them. Leave your opinion to yourself. But if someone is interested in your vision, or better yet, you have been invited to speak at an important conference as an expert, well, then you have a chance to prove yourself in all its glory. And it’s a sin not to use it!

You should not trust your Mind to make important decisions. And generally transfer it to ordinary life. Leave him to work with professional matters. Otherwise, follow your Strategy and listen to your inner Authority. They are given to you so that you can correctly and fully live your nature.

So, here’s a guide for every day. Start by sticking to these rules at least in the smallest detail. Of course, this will not give instant results. But over time, you will definitely feel how your life is changing. How less and less often you have a desire to argue with people, prove your superiority to them and consider yourself better than them!

Living and not comparing yourself to others is just a small part of what you can get if you start learning your Bodygraph. It contains a lot of other interesting discoveries and useful information that you can almost immediately start applying in your life.

Be happy, stay unconvinced, enjoy communicating with different people and don’t be afraid of change!