The Manifestor is an energetic Type, an example of a strong and independent personality. He can independently initiate events in his own life (and does not wait for an invitation for this). Most people feel uncomfortable around the Manifestors, as they react aggressively to any attempt to gain control over them. It’s not easy to create harmonic communication with Manifestor. 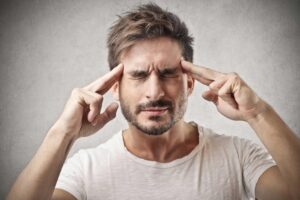 Manifestors have a dense and repulsive Aura, thanks to which they prevent any encroachment on their territory. But others may find them too straightforward. It is important to understand that the actions of the Manifesto are not directed at you personally. And this is one of the principles on which communication with the Manifestor should be based.

What rules to follow when interacting with the Manifesto:

If you still want to direct the activities of the Manifesto in a certain direction, try to do it unobtrusively: ask leading questions, ask him, so that in the end he makes this decision on his own.

Reflector , Projector , Generator and Manifesting Generator must wait for the Manifesto to take the initiative. And then act in accordance with your own Strategy (whether or not to be included in what the Manifestoor does).

If the Manifestor follows his Strategy (informing other people in advance before making a decision), then he succeeds in creating peaceful relations with people. You can ask him to alert you to his decisions and actions.

For example, your spouse, while watching the evening together, decided to go to the store, left the house without warning you. You will be worried, angry, and when he returns, for sure, tell him something unpleasant. He, in turn, will decide that they are trying to control him, and will also begin to show aggression. If he had warned you (“I’ll go away for 15 minutes, I’ll go to the store”), then you would have waited for him calmly. This is a simple example, but it clearly shows the features of interaction with the Manifestor.

If he ignores his nature, outbursts of anger, aggressive behavior towards other people, a desire to be alone and “close” from others are inevitable.

It is important for Manifestors and other Types to study their Design. This is necessary in order to understand how to effectively interact with each other, how to explore your nature.