For each of us, it can happen that we cease to correctly live our nature and succumb to the influence of False Self. There are tens and hundreds of very different reasons for this. Sometimes stereotypes prevail over us and we simply cannot get rid of those beliefs that have long become a part of our life. And it is these beliefs that guide us in making important decisions. Although they should be guided by Strategy and Authority.

It so happens that we are afraid of offending someone close to us and therefore we act as they expect from us. So that everyone feels good and comfortable and it doesn’t matter how we feel. Or, let’s say, our mind gives us a bunch of arguments in favour of the fact that we need to act this way, and not otherwise. And we, instead of listening to our intuition or waiting for the emotional wave to subside or trying to recognize our inner sacred response, take all these arguments on faith and believe that these are indicators that the decision we are going to make, the only true and there can be no other.

And then False Self comes into our life. First of all, it manifests itself through unpleasant feelings and sensations that we do not like to live at all and we do our best to avoid them. Each Type has its own False Self. And nominal: a special feeling that he experiences when he begins to go against his own nature.

In this article, we will talk about feelings of bitterness. Through that False Self of Projector is manifested. How exactly can this feeling be expressed? And what unpleasant consequences can it lead to? And most importantly: how to minimize it in your life so that the long-awaited success comes to it?

Why does Projector feel bitter?

Bitterness can be different. And arise for completely different reasons. Even if we are talking about such a special kind of bitterness as the bitterness of Projector.

First, bitterness can arise for the simple reason that Projector is initiating rather than waiting. That is, it is acting contrary to its Strategy. In this case, he may face not only constant failure, but also a sense of bitterness. It seems to him that he put so much effort to achieve success, and the result is such that he has to regret a lot about what he did.

The second version of the bitterness is also associated with the fact that Projector does not follow its Strategy and yet is slightly different from the first. Projector experiences this feeling when it gives advice to people when they are not asked to. In practice, it looks like this: instead of living its own life, Projector gets into other people’s business. Of course, he does this solely out of good intentions. But unfortunately nobody knows about it. As a rule, unsolicited advice from Projector causes resentment and even aggression among others. And of course, in this situation, Projector simply cannot help but feel a sense of bitterness. 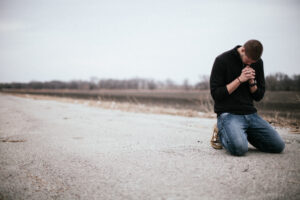 Neither sense nor the second brings anything good to Projector. The more often he experiences bitterness, the more it seems to him that all his attempts to achieve success are absolutely in vain. What does this lead to? To constant apathy and unwillingness to do anything. But once a feeling of bitterness has arisen in Projector, there is no escape from it. He has no choice when it comes to inner sensations. This means that he must fully live this feeling and come, finally, to learn how to correctly live his own nature. And if Projector learns to follow the Strategy and Authority, the bitterness in his life will become less and less.

Feelings of Bitterness: How to Avoid

What is the main distinguishing feature of Projector? First of all, this Type does not have its own energy. Many of his problems follow from this. In particular, he tries to be as energetic, successful and productive as the people around him, who may be of other Types. However, these attempts are initially doomed to failure, since Projector simply cannot physically compete with, for example, Generators.

A simple conclusion follows from this: in order to minimize the feeling of bitterness in his life, Projector needs to stop competing with others. Give up trying to become as fast as the Generator and as decisive as the Manifestoor.

Another feature of Projector: its success is often also related to its environment. Only by directing the energies of other people, correctly managing their internal resources and giving them wise advice, he can feel truly successful.

However, under the influence of the False Self, Projector often tries to achieve success on its own. Which is exactly what leads to a feeling of bitterness. Trying to be like others and to act in traditional ways, Projector can suffer defeat after defeat. And this only intensifies his unpleasant feelings.

From this we can draw another conclusion: in order to live his nature as correctly as possible, Projector needs to be in society as often as possible and enlist the support of his environment, tactfully manage the energies that are available to him.

Only in this case Projector will feel less and less bitterness, and the long-awaited success will come into its life!