Does your loved one not want to listen to you, but easily accepts the advice of strangers? Perhaps it is not a matter of character at all: the manifested 38 Gate Fighter affect psychology and emotions, making a person “deaf” to the words of relatives. Why is this happening, and what to do about it? I’ll try to explain.

Psychology and physiology are inextricably linked. Human Design proves this as well. Probably the most striking example is Gate 38 (Fighter’s Gate). 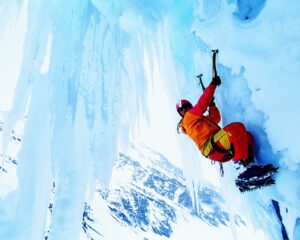 A person with a manifested Fighter’s gate seems independent, whole, strong, stubborn. A “fighter” (I will conditionally call him that) is ready to defend himself, his individuality, and his loved ones. He easily accepts battle, even if the enemy is strong, and defeat bodes well. This is a real fighter, who, however, does not always act rationally.

Alas, if this person is your loved one (spouse, one of the parents, child), you probably noticed unpleasant features of him more than once. It is impossible to influence him. Any of your attempts to do it directly: to explain something, to give advice, to force – are met with a tough rebuff. A loved one stands up in opposition, does not listen and simply does not hear you. Paradoxically, he doesn’t just accept the same advice from strangers – he thinks about it and even follows it.

“Bad temper” or a bad relationship with you is too simple an explanation. And it is often wrong. Everything is much more complicated.

The cause of all the “troubles” is in the clearly manifested gate of the Fighter. They belong to the Root Center and are responsible for the adrenaline rush. In fact, this is the only gateway in Human Design that, at the physiological level, manifests itself in the form of adrenaline “injections”. They multiply the dose of this hormone in the blood, making you feel fear or aggression.

How does an aggressive reaction occur?

All mammals have the 38th gate and are more connected with the animal, an uncontrolled part of the human brain. In its normal state, the Fighter’s gate confers joy and openness. A person enjoys himself, his individuality, his interaction with the outside world. But behind this openness and positiveness, there is a readiness to defend himself brutally.

As soon as someone tries to restrict freedom, exert influence, change personality, aggression awakens in the “fighter”. He instantly closes and tries to destroy this influence, sometimes affecting his source – for example, a close friend, spouse, relative who gave advice. It is a natural response to intrusion, a defensive reflex that cannot be controlled.

It is difficult for a “fighter” to explain his reaction. He thinks that a loved one gives stupid advice or “creeps into his own business”. The latter is close to the truth: the people around who are trying to influence the “fighter” invade his personal space, encroach on his freedom. He does not want to lose himself and become the “focus” of other people’s opinions and concepts.

The Fighter’s Gate is responsible for the word “no”. This “no” is the first reaction that comes to the impact, whether it is a direct order to a child or good advice to an older relative.

Why isn’t someone else’s advice perceived as a threat?

It’s about intentions. The common outsider is not interested in making any changes to the “fighter.” His words do not carry a threat, unlike the advice of loved ones, which cause aggression – they are perceived as an act of violence.

What should close people of the “fighter” do?

If your loved one has Gate 38 brightly displayed, just take note: aggression in response to your kind advice is just a natural reaction, a reflex that is difficult to control. Your “fighter” loves and appreciates you, does not consider you a stupid person and does not want to get rid of you. Do not be discouraged by a negative reaction and understand that it is due to physiology, hormones.

In communication, try to avoid open exposure. Change the wording if you are trying to give advice, or better – make the person come to the right conclusions himself.

Orders, attempts to force to do something, it is better to discard direct influence. Such methods are destructive in relation to the “fighter”.

What should a person with 38 gates do?

If the 38th gate is clearly manifested in your Bodygraph, first of all, be aware of the peculiarities of your physiology. Take them for granted. Changing something is quite difficult – it can take years.

First, try to study your reaction. Analyze your emotions in response to someone else’s “intrusion.” Feel and fix in your memory the moment when the word “no” appears in your head. Hold it and think. Think about the words spoken by your loved one.

Gradually, you will learn to analyze what your loved ones say, analyze their words and, hiding the first reaction, give a rational answer.

This is not all. Do not completely suppress the 38th gate. Firstly, it is they who protect individuality and help to resist enemies. Secondly, there is a “bright side” at the Fighter’s gate – joy and openness to the world. Concentrate on positive emotions: they will give you health and happiness. And, of course, study Human Design: this will help you better understand yourself and maybe fix something.