People with Channel 12-22 Human Design Openness Channel are highly influenced by emotions. They can be great actors who influence other people in a very interesting way with the help of their deep and rich emotional inner world. This is very interesting to observe how they behave in public. 12-22 Openness Channel in Human Design also affects the emotions of other people. The main thing is not to make important decisions in a bad mood.

The Channel of Openness serves as a link between the Solar Plexus Center, which is responsible for emotions, feelings and passion, and the Throat Center, which is responsible for the person’s self-expression through speech or action. The connection takes place through 22 Opening Gates and 12 Caution Gates. Opposite qualities inherent in the listed Gates lead to frequent mood changes and the owner of the Channel and the inconstancy of his emotional waves. The channel has the Design of sociality, therefore the person who possesses it always needs self-expression, manifestation of feelings and emotions, and is looking for opportunities for this. The channel can manifest itself in absolutely different ways: starting with melancholy and ending with passion, but in any case, it is broadcasting any emotions to the world.

People with the Channel of Openness are generally very talented and may be inclined to express themselves through music, literature or other creativity. The creativity of the holders of the Openness Channel is very high, so they easily awaken the interest of other people in their process. The emotional owner of Channel 12-22 should refrain from any serious and important actions when he is not in the mood. Decisions made in a negative state will turn out to be wrong, and actions and communication with people can be rude and offensive. Therefore, for a person with a manifested Channel 12-22, it is extremely important to learn to wait for your emotional clarity / calmness, and not cut off the shoulder under the influence of emotions. 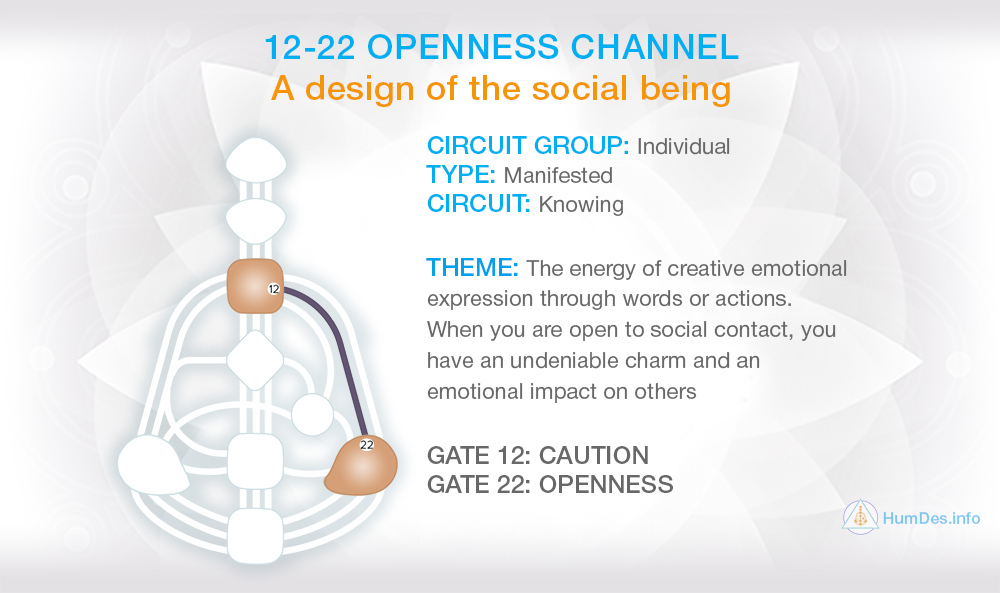 The carriers of the Channel of Openness are endowed with enviable discernment. They are able to “read” a person at a glance and see the whole state of affairs without going into details. Also, such a person is able to convey his point of view to others so that they tend to trust his opinion.

From the outside, it may seem that a person with Channel 12-22 is a little arrogant, but in fact, Channel owners are naturally supportive of other people. Many owners tend to forgive other people for serious offenses, as well as sincerely thank for something good done to them. Due to this ability not to keep evil and the ability to sincerely thank, a person with the Channel of Openness has an inner sense of lightness. This is, of course, potential.

When the owner of the Channel of Openness plunges into the False Self, then the state of arrogance and arrogance, periodically arising under the influence of a bad mood, turns into a permanent state. When these states suck in a person, he literally ceases to see the boundaries of reason. His behavior begins to be inadequate, while the person himself feels higher and better than others, not finding anything strange in his phrases and actions. Manifestations are completely different: from a minor insult to others to a significant disregard for generally accepted moral norms and rules.

It is important to understand that behind all this there is frustration, dissatisfaction with oneself and one’s life, and the banal fear that a person is not appreciated, disliked or recognized, as well as the feeling that he cannot fully manifest his self.

The Human Design System helps to understand yourself and gives a comprehensive view of your potentials, shows strengths and weaknesses, and most importantly – helps to avoid the state of the False Self, or get out of it if you are there. 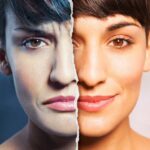 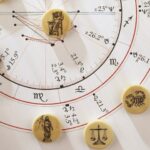